THE ‘TRUTH’ ABOUT OBESITY 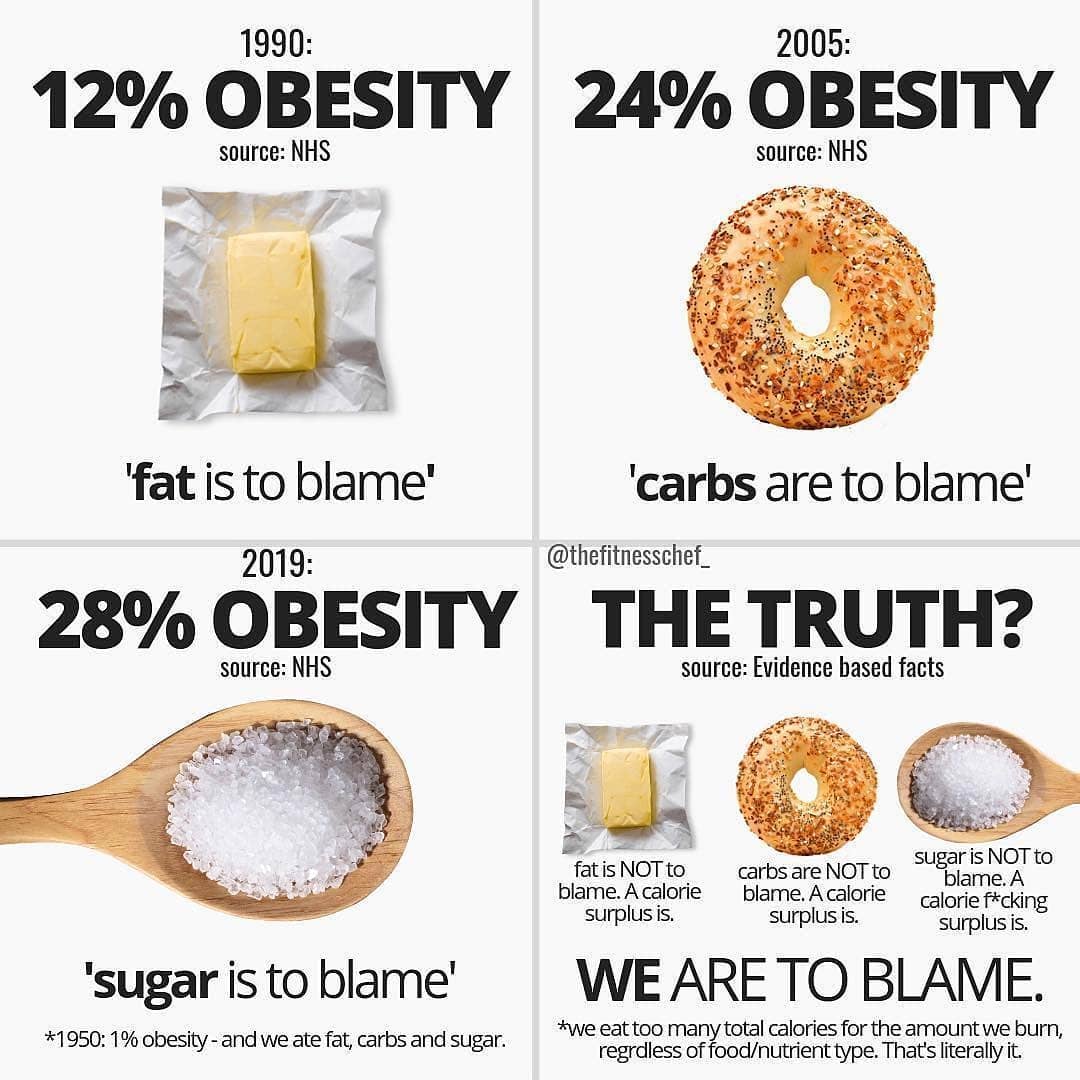 Here we are again. Talking about obesity. And our shambolic understanding and proposed solution towards it. The latest installment coming in the form of a proposed ‘pudding tax’ to reduce sugar consumption. How very droll of the government!⠀
⠀⠀
When step aerobics and sweat bands were prevalent in the 1990s, fat was the labeled as the cause of fat gain. Out of all the food groups wrongly demonized, fat seemed plausible due to it being the most caloric dense macronutrient. However, this intuitively naive notion disregards quantities consumed.⠀
⠀⠀
The internet boom of the early 2000s witnessed the beginnings of health blogs. Many misinformed websites pointed out carbs as the sole cause of an ever increasing obesity problem. Ironically though, ‘carbs’ in the from of cakes, biscuits and pastries – foods which actually contain more calories from fat. According to this appalling theory, a blueberry will cause weight gain because a blueberry is primarily a carb. This idea can be shut down immediately as it can’t even correctly differentiate the foods it wants to demonize.⠀
⠀⠀
In recent years ‘doctors’ posing in white coats on social media claim that sugar is the cause of unprecedented obesity rates. But whilst sugar is not universally satiating, it’s consumption is still decided by us and is often present in foods that are inherently calorie dense. Funny that.⠀
⠀⠀
All three cases contradict each other. One thing fat, carbs and sugar (which is also carbs) have in common is that they are all calorie sources simultaneously present in most foods. And it is an overall calorie surplus which leads to fat gain, regardless of the calorie source.⠀
⠀⠀
We need to look at our own food behaviours and stop blaming food groups for our voluntary excessive consumption of them. We need to be mature enough to realize that we consume too many calories for the amount we move.⠀
⠀⠀
We need to know that, despite many potential underlying causes, positive energy balance is the direct cause of obesity. Nothing else. ?⠀
⠀⠀
Post By ?@thefitnesschef⠀

Use the IIFYM calculator here to make sure you keep on top of your macros. 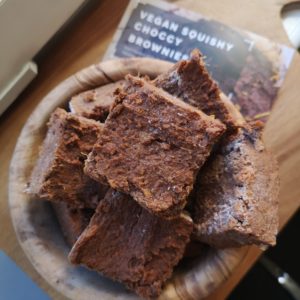 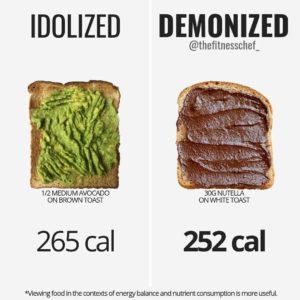